Ron Eckersley cycles across Canada on a gruelling 8,300km odyssey 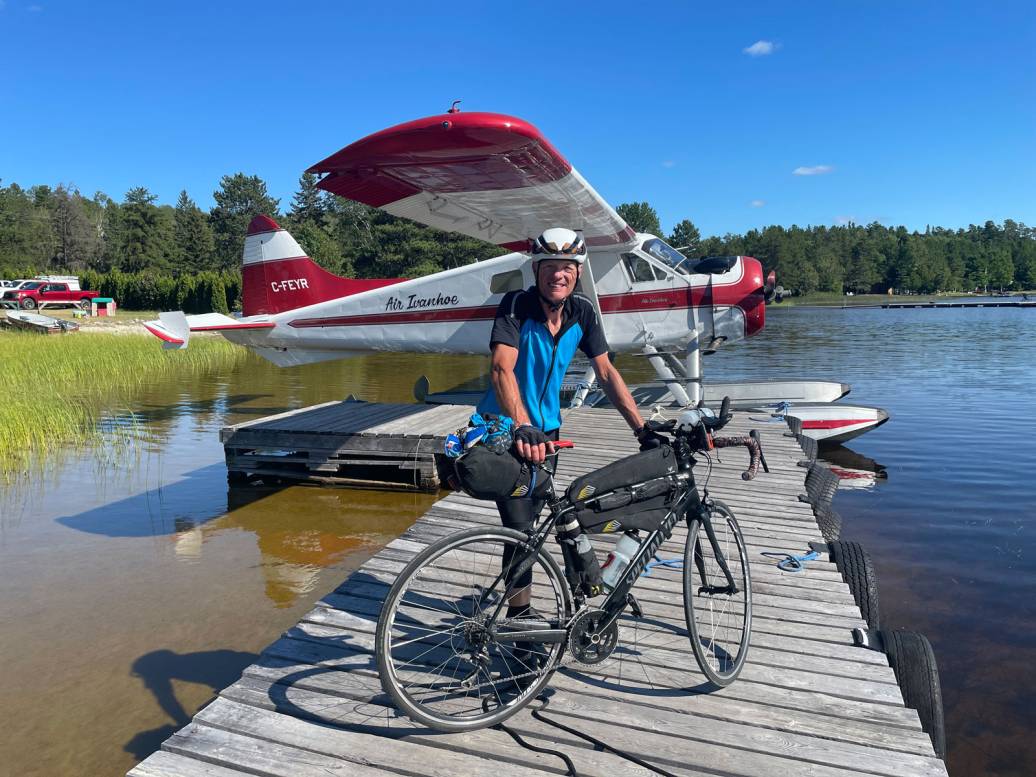 Ron Eckersley, Chief Engineer at Marshall Canada, recently cycled across every territory and province of Canada, his adopted homeland.

Over nine weeks this summer, I cycled 8,300km (5,157 miles) through all 10 provinces and three territories of Canada on a tour linked by road, ferry, and air transfers. While my experiences of this adventure could fill a book, I’d like to share with you a glimpse of my cycling adventure.

In July, when I set off down the Alaska Highway from Whitehorse, the capital of Yukon, I hadn’t actually totalled the entire distance because I knew if I dwelled on that figure of 8,000km I would have been overwhelmed. Sure, I had cycled over The Rockies twice before, but I had never ridden multiple days of 200km back-to-back.

My uncertainties centred on my physical ability to keep going if joint, muscle or other pain crept in from repetitive days of eight to 10 hours in the saddle. And then there was the possibility of sickness, wildfires, floods, or hurricanes. 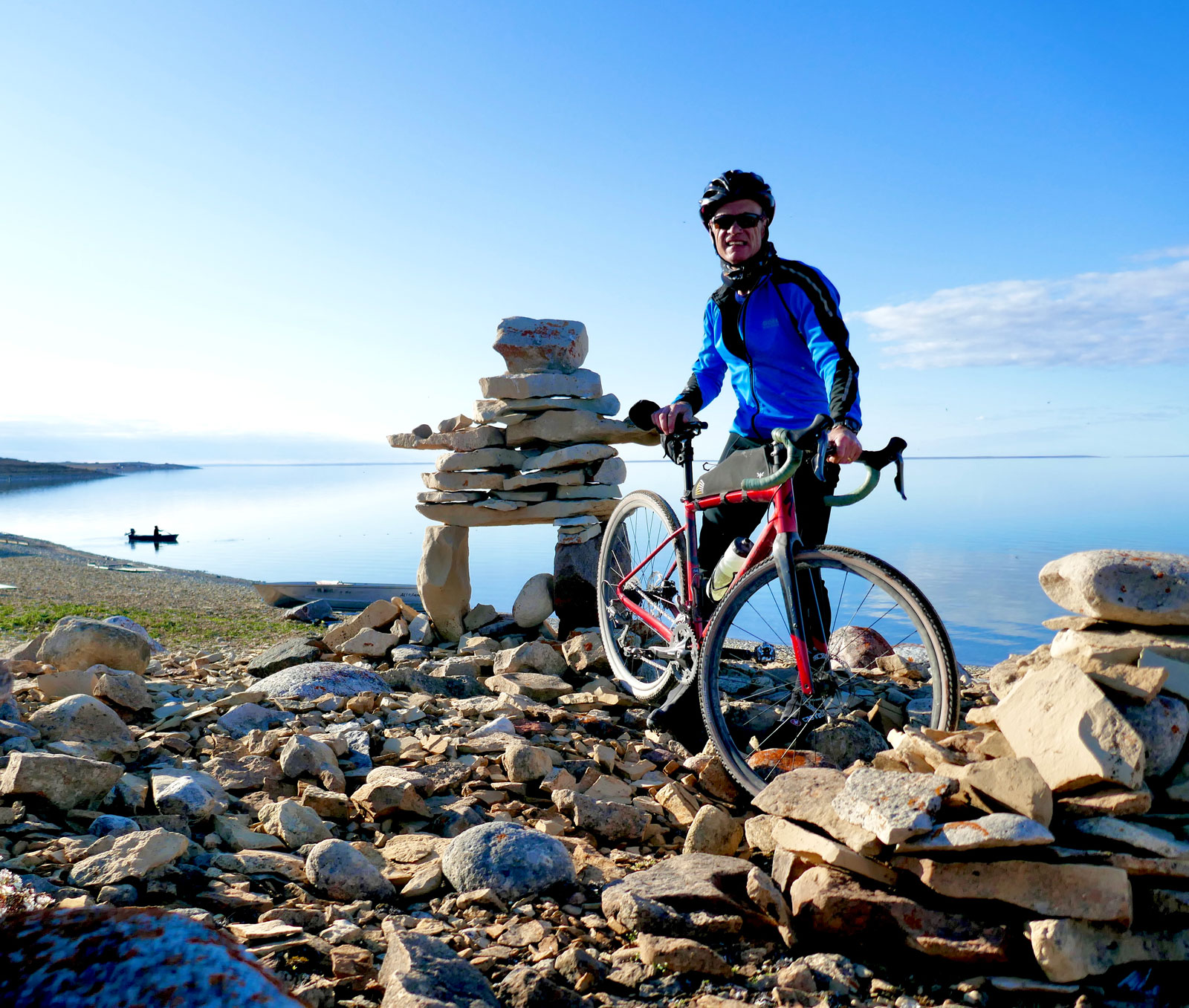 Serenity in the Northwest Territories

From the start, I knew my support arrangements would be complicated when my wife, Jane, insisted that I should not ride in the remote north on my own. Ironically, this was the region where I would have no mechanical or health issues and where traffic was no concern. Indeed, on one gravel road in the Northwest Territories, it was four hours before I encountered the first vehicle.

The serenity of the Boreal forest around me there was palpable, and my only company was black bears and eagles. While I saw moose, elk, caribou, lynx, bears, and wood bison, I never once felt threatened. In fact, a herd of 50 wood bison blocking the road became just a minor inconvenience.

In other provinces further east there was less wildlife because of the increased traffic. Oil tankers thundered past me in Alberta, as did logging and mining trucks in Ontario. It was a joy to find Quebec had accommodated cyclists with a network of long-distance trails, designated roads, and quiet lanes called La Route Verte (the ‘Green Route’). However, as a consequence, Quebec did not permit cyclists to ride on the Autoroute – as I discovered when I was stopped and escorted off the highway by a couple of agents de police.

Unsurprisingly, some of the best road surfaces were in the least populated provinces like Newfoundland and Labrador, and I was amazed that some of their major highways had been unpaved gravel until a few years ago.

The Land of the Midnight Sun

For me, the most enjoyable cycling was in those remote regions and up north of the Arctic Circle in Nunavut – one of the world’s most sparsely settle places. Arriving just before the end of July, I flew into a tiny hamlet, coincidentally called Cambridge Bay, and was able to ride on a gravel road under the midnight sun. It wouldn’t dip below the northern horizon again until a few days after I flew out.

The flights and ferries added significantly to my costs and to my planning considerations, and I also took the enormous risk of pre-booking all my motel accommodation before departing which meant, on my unsupported days, I had to cycle the planned distance whatever the conditions. Luckily, this gamble paid off on all but one day when I was too exhausted to ride a fifth day of 200km, having cycled 940km in the previous four days.

When I initially explained this ambitious journey to my twin brother, Dave, in London, he exclaimed that I was mad. However, he quickly declared that he wanted to accompany me for the ‘interesting bit’. By ‘interesting’, he meant the leg between Canada’s capital Ottawa and Halifax in Nova Scotia, a route that went through other cities he’d heard of like Montreal and Quebec.

Our days together, and those 1,500km, were to pass by all too quickly but by the time we reached Halifax Airport we had renewed a bond that had been forged decades earlier riding the lanes of rural Somerset. On this trip, I had been grateful both for his company and for his fresh legs to push me along. 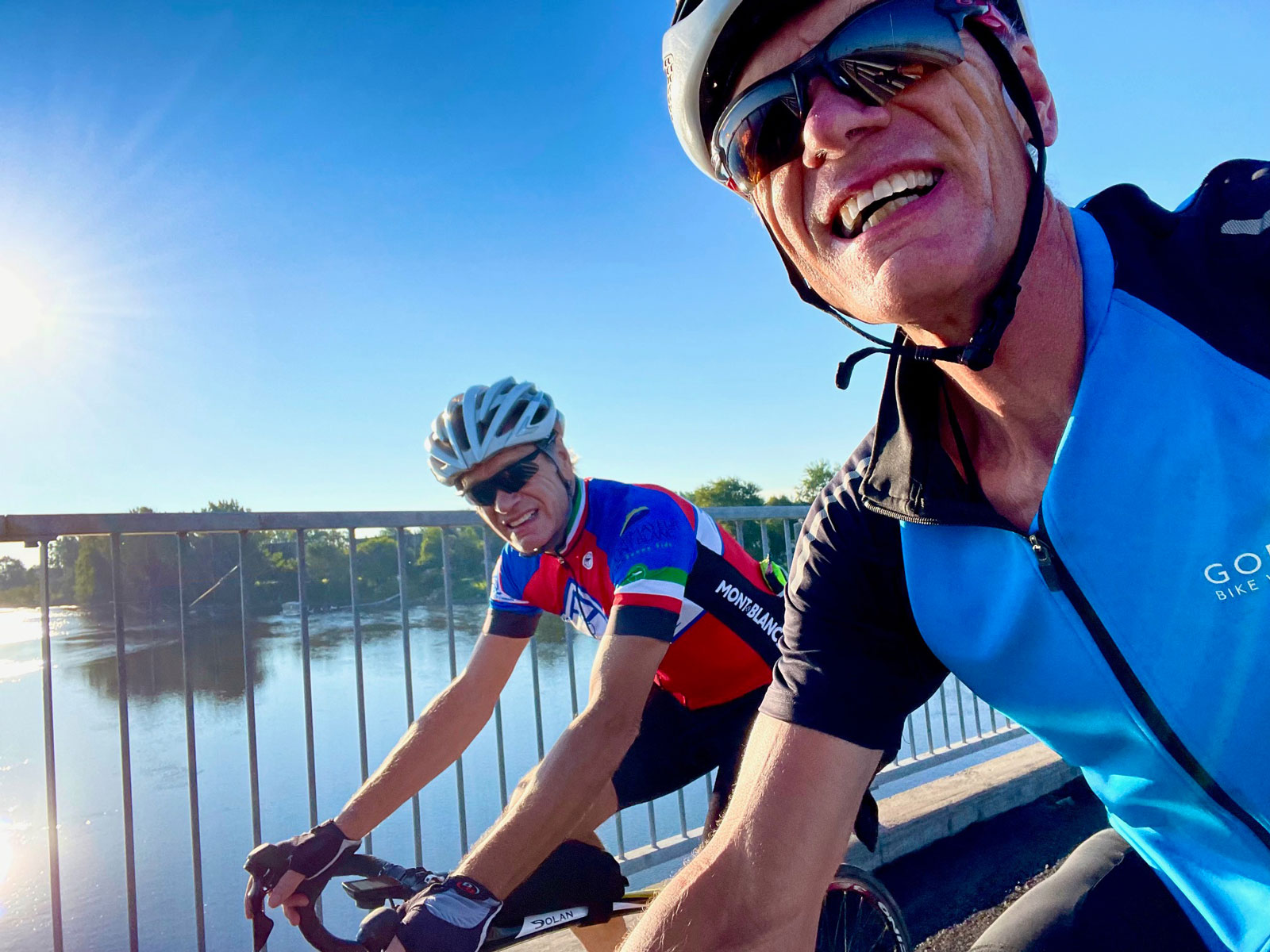 Throughout the 8,300km journey I suffered only four punctures but had to replace my chain twice and needed new tyres halfway through too. One pair of shorts lasted only as far as Ottawa but everything else survived.

Off the bike, I had just one set of clothes and needed to carry ultralight shoes as I was riding in road cleats. Unlike most other trans-Canada riders, I was on a lightweight racing bike fitted with minimalistic racing packs to keep my aerodynamic profile and weight down (the total weight with two full water bottles was a mere 40lbs).

On the road, this meant I could average 25kph (15.5mph) unless the terrain was particularly hilly, and this speed was needed to achieve my daily distance. When I did meet other riders burdened down by heavy panniers, I quickly left them behind and, by departing before dawn, I often rode twice their daily mileage.

Did I experience any life-changing epiphanies during my nine weeks on a bicycle? No. Afterwards, I simply flew home and went back to work with only my Instagram photos and Strava cycling records to prove to the world that I had accomplished my goal.

However, I do have indelible memories from this Canadian ride, of the people who helped me and of the incredible scenery I rode through. I feel I understand my adopted country just a little bit better now. 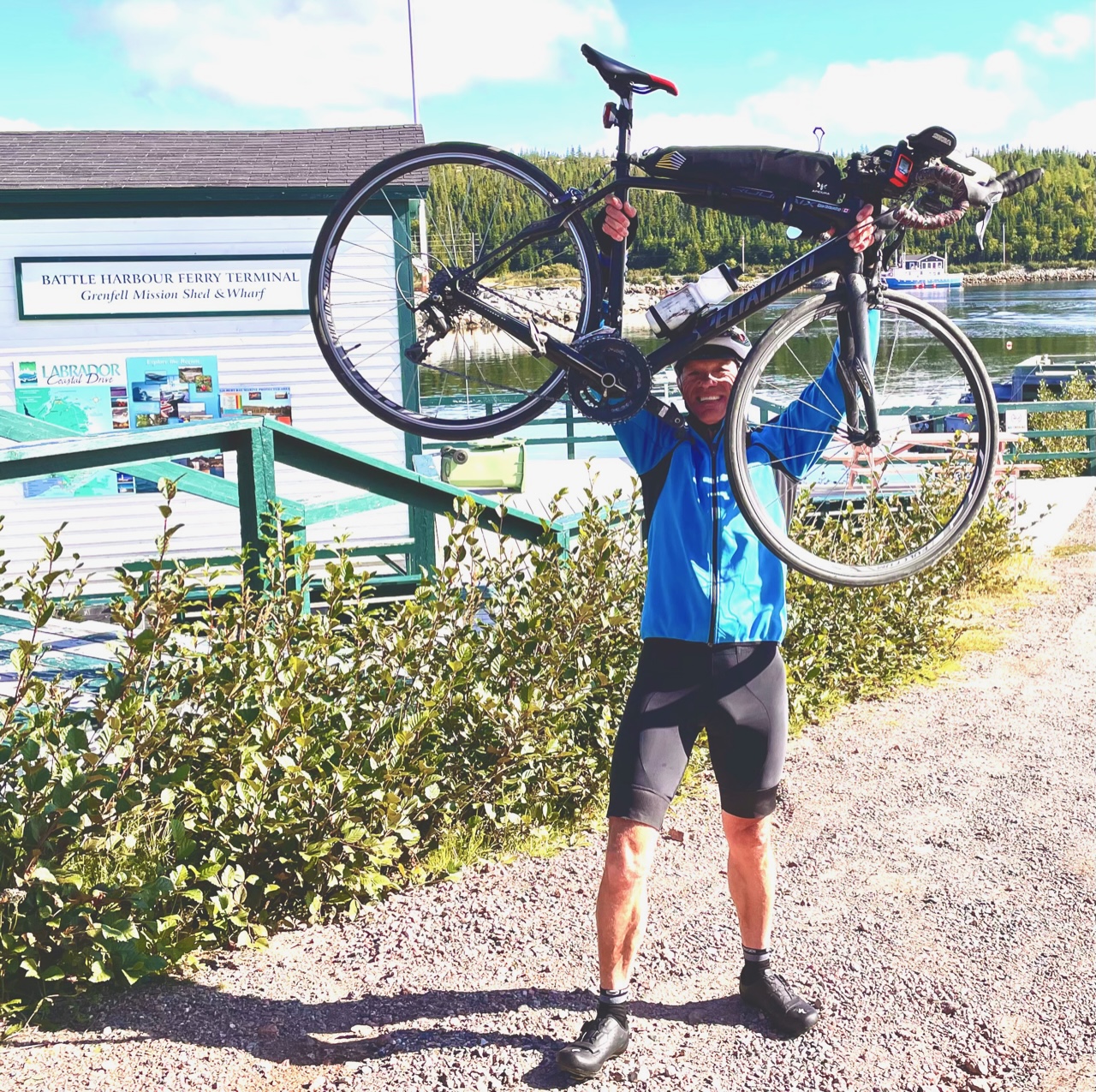 While I took on this challenge as a personal sporting odyssey, I became aware, in the remote northern communities, that opportunities for sport are severely limited and disadvantaged kids can’t even afford to play Canada’s national game of hockey. Sport Yukon are KidSport Northwest Territories are geared towards helping their sport communities succeed to their fullest potential. To donate, or learn more, visit: